On the Move: DLPR Makes Promotions

Dukas Linden Public Relations promotes Shaina Tavares to senior vice president. Tavares joined DLPR in 2016 as an account supervisor, and most recently served as vice president. She manages and services some of DLPR’s largest clients, including Cathie Wood’s ARK-Invest, and has been instrumental in the agency’s growth. Before coming to DLPR, Tavares was an account supervisor at Edelman, and she previously served as an account coordinator at Schneider Associates.

Earlier in the month, DLPR promoted Judy Speicher, Doug Allen and Frank Taylor to vice president. Before joining DLPR as an account supervisor in 2017, Speicher was a news producer/editor at Fox News Headlines 24/7, one of the network’s SiriusXM channels. She has also worked for ABC News Radio, Fox Business Network and Bloomberg. At DLPR, she handles client service, strategy development, media coaching, bookings and developing relationships with producers. Allen, who handles media relations and strategic responsibilities, has been a director at DLPR for two years, and previously was an account supervisor at Stanton and Back Bay Communications. Taylor, who focuses on the asset management landscape, joined DLPR as August 2015, and has most recently served as a director. 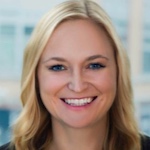 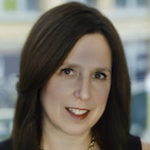